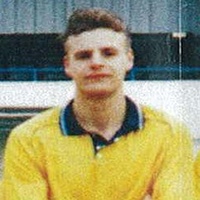 Hazel began his career as an apprentice with Wimbledon, turning professional in December 1985. He was never a regular with the Dons and moved to Bristol Rovers on loan in February 1989. He joined Rovers on a full contract in July 1989, leaving to join Maidstone United on a non-contract basis in March 1992.

In the 1992 close season, he joined Slough Town, moving to Aylesbury United in August 1994. He moved to Carshalton Athletic in 1995 and to Chesham United in 1996.

In October 1998, Hazel joined Tooting & Mitcham United where he later became player-coach and then manager. He resigned as manager in November 2002. In February 2003 he became manager of Molesey. but left that June after saving the club from relegation.

In November 2003, while working full-time as a coach for Fulham, Hazel joined Banstead Athletic as a player, playing for the first time in three years. In December 2003 he took over as manager of Walton & Hersham, where he went on to have a 17 match unbeaten run.