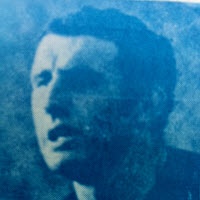 Former England international goalkeeper who played in the 1973 Amateur Cup final for Slough against Walton & Hersham at Wembley. He is the unflappable type of keeper that remains comparatively unnoticed as he quietly and efficiently goes about his business.

Ian became famous for a penalty save in the last minute of extra time for Enfield in the 1967 Final against Skelmersdale, with Enfield winning the replay. The Bradford born goalkeeper played two Football League games for York City before moving south.

Born in Bradford Yorks, in January 1943, Ian has spent most of his life in Sheffield, he started his football career as an outside left for Abbeydale Grammar School, and only went in the sticks because he though he could do better than the lad in possession and was heard to say so. He represented Yorkshire Grammar Schools in season 61/62 and then went on to St. Johns College York where he kept goal for three years, the final year as Captain. After completing his studies, Ian began to play for York City and made quite a number of first team appearances, playing against Millwall at the Den when they were making that fantastic home run some years ago, he also played against Carlisle in 1964 when the Blues needed to win to take the Championship, but the game ended as a goalless draw. But being a Physical Education teacher made life very difficult with York City, refereeing school games in the morning left little time to get to games in the afternoon, so lan moved to Sheffield F.C. the oldest Club in the country. In one game for the Sheffield side Ian saved three penalties which is thought to be a record. During this time, he appeared for Sheffield and Hallamshire F.A., an F.A. Colts XI and for an England XI against Northern and Weirside Leagues.

In 1966, the offer of a post as head of P.E. at Edmonton County School bought lan and his new wife Margot, South. Ian joined Slough from Enfield where he helped them to win the Amateur Cup on two occasions. Was a member of the Great. Britain Olympic XI and the England squad. Ian is pushing the man in possession John Swannell for his place and in the opinion of many is the better keeper.

In the 66/67 season he got a London Senior Cup winners medal. In his second season he had a cartilage removed before helping Enfield to win the Isthmian League and become runners up in the London Senior. 68/69, saw another Isthmian League title and a Middlesex Senior Cup winners medal and Ian, feeling like a traitor, represented The South against The North.