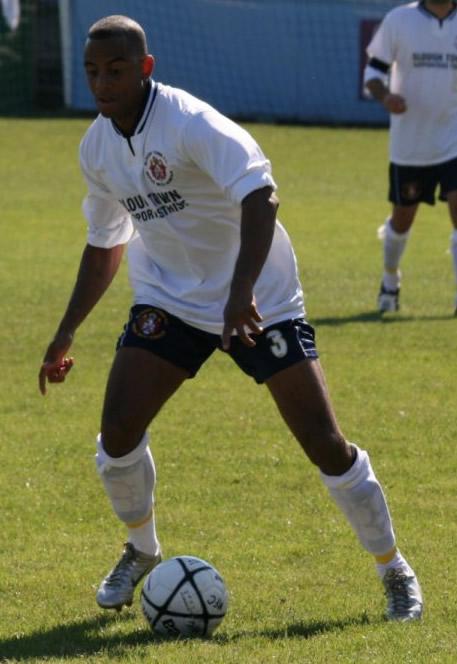 Left sided player who originally joined the club from Brentford in September 2000 following fellow Bee Leon Townley to the club.

Initially joined on loan and made four apperances for Slough in his opening spell with the club. Returned on a permanent basis in 2001 during which he made 24 appearances but an injury ruled him out for much of the 2002/3 campaign before CJ left the club to join Staines Town.

Had a third stint with the club under Darron Wilkinson in the 2007/8 season, but added just four appearances to his total before moving on.

James started his career at Brentford, making his debut in the Second Division against Stoke City in the 1–0 away loss on 8 April 2000, replacing Lloyd Owusu as a substitute. He left Brentford and joined Slough Town in 2000, where he stayed until 2003.

He left Boreham Wood along Veli Hakki and Dean Palmer in January 2004, when manager Steve Browne was sacked. James then moved to Burnham in March 2004, before moving to Conference South club Hayes where he was released in September 2004.

A move to Staines Town in February 2005 followed. James then played for Enfield Town, before moving to Kingstonian in early 2009. He played seven games for Kingstonian before leaving on 27 July 2009.