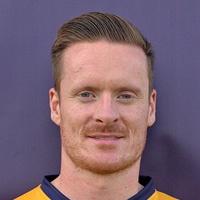 Striker Edward Smith is now in his third full season at Slough Town, having originally joined the club in August 2012 on a dual-registration basis from Metropolitan Police.

He wasted little time making an impact, striking up an excellent goalscoring partnership with Danny Burnell as the Rebels made it through to the First Round of the FA Cup. He scored 33 goals in all competitions in his first season with the club, and won the club's Golden Boot award.

Eddie's goal record speaks for itself, but his all round play is excellent and is able to bring other players in to play.

Without injury last season, the management team have no doubt that he would have ended on between 35 and 40 league goals, and Eddie will be hoping to not have to repeat missing 6-8 weeks again this season, but his record of a goal every 92 minutes was superb. Eddie struck up a number of decent partnerships with his fellow strikers last year, and will be looking to score 25 goals again this season.