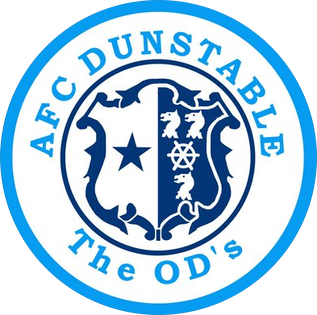 Manager Steve Bateman later told the local press that his side had given a disappointing Leighton side a footballing lesson, and following Saturday’s win over Fleet Town, this comfortable win was a good platform from which to go into Saturday’s FA Cup First Round tie at Mansfield.

Bateman brought in Sean Sonner, Ashley Deeney and Danny Murphy and early on, Sonner closed down goalkeeper Hayden Dodge’s attempted clearance and Danny Burnell pounced, only to see Dodge recover to save with his feet.

Dodge saved well from Sonner after a good run and cross from Parsons, but the keeper could not prevent Slough taking the lead on the half hour mark. Parsons was again instrumental, beating his man and putting in a deep cross which Murphy volleyed into the bottom corner.

In the second half, Leighton flashed a shot wide of goal but otherwise failed to test Slough, and two quick-fire goals killed the game off as a contest. On 53 minutes, David Deeney beat his man on the right before driving into the box and hammering a swerving shot past Dodge at his near post.

Just two minutes later, Burnell extended the lead with his 12th goal of the season, the in-form striker pinching the ball from defender Jake Bewley and hitting a low shot under Dodge’s dive.

With a comfortable lead, Bateman introduced Ed Smith and Omar Vassell for Burnell and Stuart Swift, and later Steve Perkins in place of David Deeney, and his side saw out the remainder of the game with little effort to keep in touch with the sides above them in the league, all of whom the Rebels have games in hand over.