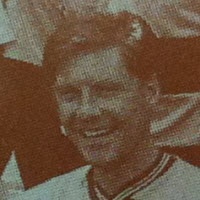 Langley began his career with Chelsea, making his debut in 1975 against Leicester City.

The club were relegated the same season and for the remainder of Langley's time there they bounced between the top two divisions. He first established himself in the side during Chelsea's first season back in the First Division in 1977-78, during which he scored 13 goals, making him the club's top scorer. The following year, Chelsea were near the bottom of the league all season and relegated by March, with Langley's 16 goals - more than three times the total managed by any of his team mates - a rare bright spot, for which he was voted club player of the year. After the club's failure to gain instant promotion in 1979-80, Langley joined Queens Park Rangers in August 1980. He scored 43 goals in 152 games for Chelsea.

Following that, he had often brief stints at Crystal Palace, AEK Athens, Coventry City, Wolverhampton Wanderers, South China, Aldershot and Exeter City. He ended his professional career in the USA with the Tampa Bay Rowdies. Scored 29 times for Slough in his time with the club over the course of two seasons.

After Langley's playing days were over, he has still been a part of the game with a career in sport media. Tommy took on his first presenting role as a commentator on Chelsea Radio in 1997. After the radio show, Langley went on to his role as Football Reporter on Channel 5's Breakfast News. Langley joined Chelsea TV when it launched, as a regular guest on the 'Live From Stamford Bridge' phone-in show. He is currently one of the semi-regular presenters on the show, Matchnight Live. He is also used as a co-commentator for Chelsea TV and is known to celebrate when Chelsea score important goals live on air. One such noted time was in Chelsea's 4–4 draw with Tottenham Hotspur, when Chelsea got the goal that gave them a 4–3 lead with three minutes to go, Langley let out a loud "YES". But when Spurs got the equaliser in stoppage time, a loud "NO" could be heard.

Immediately after leaving football, he joined Nashua in Bracknell where he was in dealer sales for copiers and fax machines. His colleague was his ex Aldershot team-mate, Graham Cox.