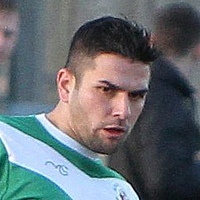 Most recently with Windsor FC, Chandiram played a pivotal part in the old Windsor & Eton FC's success in season 2008/09, as the Royalists finished runners-up in the Southern League Division One South & West whilst winning the Berks & Bucks Senior Cup, before being crowned champions and earning promotion to the Southern Premier in season 2009/10. In all, Chandiram made 137 appearances for the Royalists, scoring 16 goals.

He moved to Burnham, of the Southern League Division One Central, ahead of the 2010/11 season, where he played 43 times, scoring once.

Nearly a year after leaving the now defunct Windsor & Eton FC, Chandiram returned to Stag Meadow to join Windsor FC in the Combined Counties Premier Division. In season 2011/12 he made 46 appearances, scoring three goals, and this season has made five appearances.