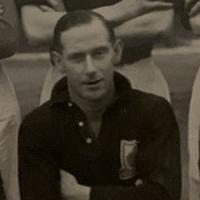 The well known expression “Local boy makes good'' can well be applied to “Our Bert” for he was born on 19 May 1920 and saw the village of Upton-cum-Chalvey develop into the town it is today. He, as a footballer, developed to the same extent.

As a boy, he first played for Chalvey School, obtaining county Honours in 1932. From school, he joined the Slough Albion, and was with them for three years. At the age of eighteen, he first played for the Town Club "Slough" as it was then styled and continued when it became known as "Slough United”. In 1933 he played in a trial at Colchester as an amateur.

Joining the Army in 1940 he served until 1945, posted to the Middle East, he played for the Port Said Garrison and a team representing the Canal Zone. During his army career, he played for many service teams. On his demobilisation, he returned to play for Slough United, and continued for a short time with "The Centre Club".

During some twenty years as a footballer, he collected about forty medals.