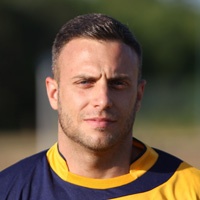 Darren is a pacy winger, who joined the Rebels in June 2013 from Godalming Town following the arrival of new joint managers Neil Baker and Jon Underwood.

He started his career at Godalming before playing at a higher level with Weymouth, Eastleigh, Farnborough and Basingstoke. He returned to Godalming from Fleet Town in July 2011.

Darren is quick with fantastic ability, and loves beating opponents. He creates and scores a number of goals, and last season he managed to score 13, whilst having a hand in many more.

Darren was named in the Isthmian Division One South Team of the Year for 2011/12.