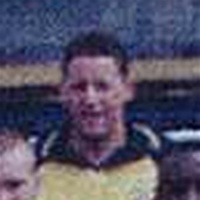 Born in Castle Douglas, Dumfries and Galloway, McMinn started his career at Scottish junior side Glenafton Athletic before going back to south-west Scotland joining Dumfries club Queen of the South in 1982.

The transfer fee was, £325 so that Glenafton could buy a new carpet for their club house and 1,000 Queens lottery tickets. McMinn remained with Queens until 1984. Glasgow giants Rangers, managed by Jock Wallace, signed him for £100,000. His unpredictable style of wing play quickly made McMinn a fans favourite at Ibrox as per previous Rangers wingers such as Willie Henderson, Willie Johnston and Davie Cooper. McMinn was also noted for his exceptional performances against Rangers' local rivals Celtic, starring in a number of Old Firm matches including the 1987 League Cup final win. McMinn then had a spell at Spanish club Sevilla again signed by Jock Wallace. Ted McMinn emulated fellow ex Queen of the South player Hughie Gallacher by joining Derby County. This was in 1988 for £300,000 where he also became a fans favourite. He remained with Derby for five years. McMinn also had brief spells with Birmingham City, Burnley, Slough Town and Australian club ECU Joondalup.

After his playing career, McMinn quickly went into coaching as assistant to Mark Wright at Southport, Oxford United and Chester City. In 2004 McMinn became the match summariser for BBC Radio Derby, working alongside Ross Fletcher. In his three years with the station he attended all Derby County's matches. He contracted a mystery infection in his right leg in 2006 which led to him having part of his leg amputated. As a tribute to McMinn, on 1 May 2006, former players of both Derby County and Rangers contested a match at Derby County's Pride Park Stadium in which a record 33,475 spectators attended. He left Radio Derby after only the first game of the 2007/08 season, saying he felt "let down" and undervalued by the station following contract negotiations.

It was announced in the Derby Evening Telegraph on 13 February 2007 that McMinn has started up a courier and taxi business.The "Wisden Cricketer" magazine reports that in 2011 McMinn is now employed as full-time kit-man by Derbys CCC.