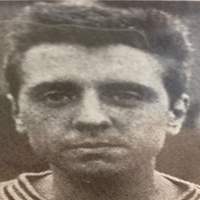 Dave Lummes joined Slough in 1962. Before joining the club he spent two years with Kingstonian to whom he went from Hounslow.

Despite Slough’s “give local youth a chance” policy with regard to players, the club was always willing to give a chance to “outsiders” and one who settled down into a first-team regular was the then 22 year-old Isleworth-based Dave Lummes.

Like most of the Slough players, Dave gained representative honours. He played for Middlesex schoolboys and his school side won the Blaxland Cup, the Middlesex Schools Cup.

He played for Fulham Juniors as a 16 year old at wing half or inside forward but switched to the wing when he joined Kingstonian. It was as a winger that he joined the Rebels.

Dave did not get a regular first team place until after Christmas 1962, and became a regular in the 1963/64 season. Most of his appearances were at inside right, although he also appeared on both wings and at inside left.

After leaving Slough, Dave later featured for Southall and Feltham. He was a plumber and worked for his father, a builder. Dave passed away in June 2012.